I thought about this because earlier this month I planned to make a Halloween video with the daycare kids. But high temperatures in the low to mid-80s last week caused weeds to grow and fired up my allergies. So, what was left of my voice was gone. I also didn’t want to give the kids the idea that they could barge into my office and make videos whenever they wanted.

I wouldn’t be as involved in holidays if I didn’t live in a house with daycare kids. They come on Halloween in costume (or not) and my mother and I take their pictures with our giant inflatable pumpkin. 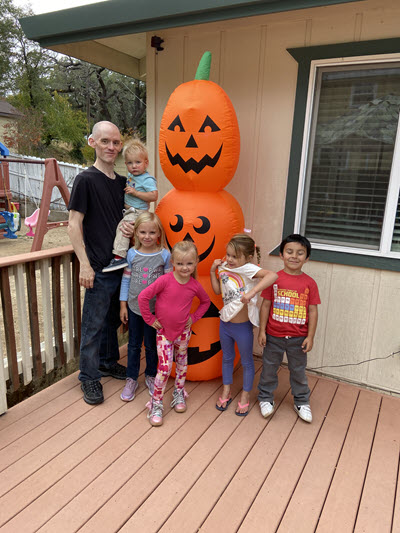 The closest federal and state holiday before Halloween is Labor Day. As we know, stores have Halloween stuff in their stores well before that day. Thanksgiving Day is actually closer now, but you have to look hard to find Thanksgiving cards and decorations in stores.

Does It Ever End?

Come to think of it, when does the holiday season end? After Christmas Day, Valentine’s Day stuff overtakes stores. And Valentine’s Day isn’t a holiday, either. Easter also gets a lot of attention because of candy and coloring eggs.

It seems the holiday season takes a break after Easter as people think about summer. Even Independence Day, which is a federal holiday, feels more like an event.

Does holiday season start again in August when Halloween stores pop up? Or when stores display Christmas trees and decorations you can buy?

As the daycare kids say, it’s a mystery. What do you think?