After the power shutoff

After the power shutoff, life here in my home office and the (small) city of Jackson have returned to normal. On Monday, October 7, Pacific Gas and Electric (PG&E) announced they would shut off power on October 9 and 10. The reason, they said, was due to forecast high winds that could cause PG&E equipment to fail and possibly start fires. In other words, to protect PG&E from more wildfire liabilities.

In sum, the shutdown affected about two million people in northern California. PG&E came out with outage maps and Jackson was on the edge of one area, so my mother and I weren’t sure if we would be affected. We found out soon after midnight on October 9 when PG&E cut the power. PG&E restored the power at 2:50 p.m. on October 10 — almost 39 hours later. We got lucky because we live in a county seat and the forecast high winds never happened. When the power came on, my mother and I only had to plug all the electronic equipment back in and clean out the refrigerators.

PG&E’s president said on October 11 that power shutoffs remain an option in the future (provided the company isn’t broken up). So, after the power shutoff I reviewed what happened to learn what I did wrong — and right — to be prepared for the next one.

Here’s what I learned and what I’m doing about it. 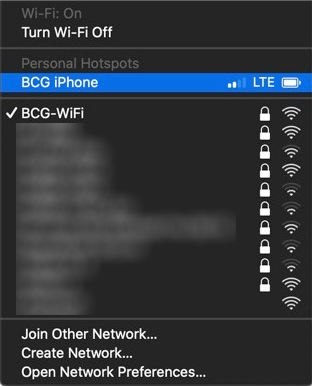 Some things went right during the shutdown, too.

Now I’m better prepared for the next outage no matter what the cause. And my mother and I are also talking about getting a generator. Sleeping in a cold house for one night will do that.